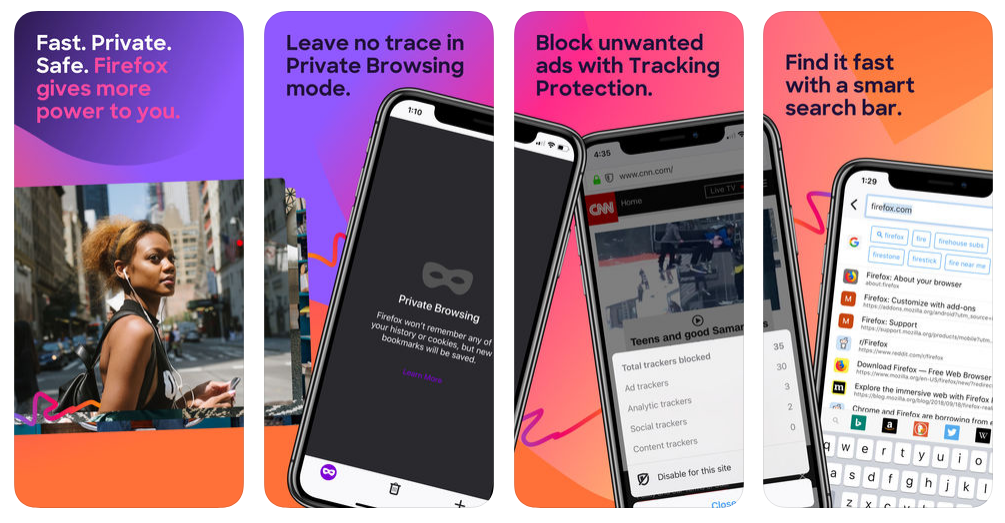 Putting people before profit and making the internet safer

“We will continue to use Bitrise — it offers all we need for our mobile apps.”

The right to own your data

Mozilla is a nonprofit, open-source organization that creates browsers, apps, code, and tools with the mission ”Keep the internet open and accessible to all”. The company’s aim is to produce apps of the highest possible quality on all of their products in general — with a particular focus on mobile apps — while putting people before profit at the same time.

Perhaps their best-known product — the independent and user-centric browser — Firefox, is one of the world's most trusted internet companies for privacy. The browser not only has high customer satisfaction rates but it also respects the personal lives of its users by allowing them to browse without leaving any kind of digital trace. Features like blocking unwanted ads with tracking protection and the ability to sync safely across devices make it a great option for those looking for a conscious choice in today’s browser market.

The team behind Mozilla firmly believes that their users have the right to own their data, which is why they created Lockwise (formerly known as Lockbox) — a password management service aiming to tackle the privacy-related concerns that often come with internet browsing. By allowing users to synchronize their saved login credentials between iOS, Android, and the desktop versions of Firefox and stand-alone mobile apps, Lockwise not only makes our online activities a lot more comfortable but also much safer.

Assuring quality comes with its own challenges

One of the most stressful aspects of mobile development is always having to make sure the app still works when adding new features or fixing issues. Perhaps the overall biggest challenge is maintaining both the quality of the apps, as well as the necessary speed when it comes to merging new pull requests into the master so that developers do not have to wait to submit their patches. App development never stops, which means that they also need to make sure that there are no regressions — and if there are, they are able to stop them in their tracks.

Since Mozilla is completely open-source, there are several outside contributors — besides the already large number of people in their teams — who are part of their everyday development efforts. Having to keep track of all these new iterations, versions, and features made them realize that using a CI tool is not only the best way to stay informed about all the changes in order to avoid crashes, but a must while developing any mobile app.

The team first started using Bitrise based on the recommendation of one of their engineering managers, who felt it would prove to be a great alternative to the tools they had been using before. While initially, they only migrated their Android apps over to Bitrise, after experiencing how easy-to-use it was, they quickly made plans about doing the same with their iOS apps.

The most important criteria for Mozilla were that the CI/CD tool of their choice is effortless to get started with, flexible enough for their custom configurational needs, and supports both the latest Android and iOS integrations. As part of their workflow, the team defines and implements automated tests both on simulators and real devices. Using CI enables them to run these tests continuously — let it be per pull request, per master check-in, or per day — so that they are always up-to-date about the latest status in their app development life-cycle. Thanks to the simple configuration of builds, the different steps and integrations that can be applied as needed, Bitrise fits well into their development process.

With more automation in place than ever before, their setup now identifies issues as well as the commits causing it, all without any additional effort from the developers. As Isabel Rios, QA engineer at Mozilla remarks “I personally use Bitrise every day, it gives me an idea about the status of the app at every moment.”

In an agile development environment with dynamic iterations, a tool’s learning curve is one of the most important factors to a team. While helping Mozilla by providing invaluable support in maintaining high app quality, Bitrise has also proven to be not only a reliable tool but easy to learn as well, thanks to its extensive documentation and fast support.

Bitrise has streamlined Mozilla’s workflows, saved them plenty of time and since “it offers all they need for their mobile apps”, it has become an integral part of their app development. Simplifying all stages from creating, testing, and finally, to deploying the app leaves more resources to improve user experience — resulting in millions of downloads and stellar ratings — and in the end, that’s what matters most to the team.

Are you looking for fast internet with a variety of settings that protect your privacy? Download Mozilla Firefox for free and start browsing safely.